BBB Study: The Real Risk of “Rogue Operators” in the Moving Industry 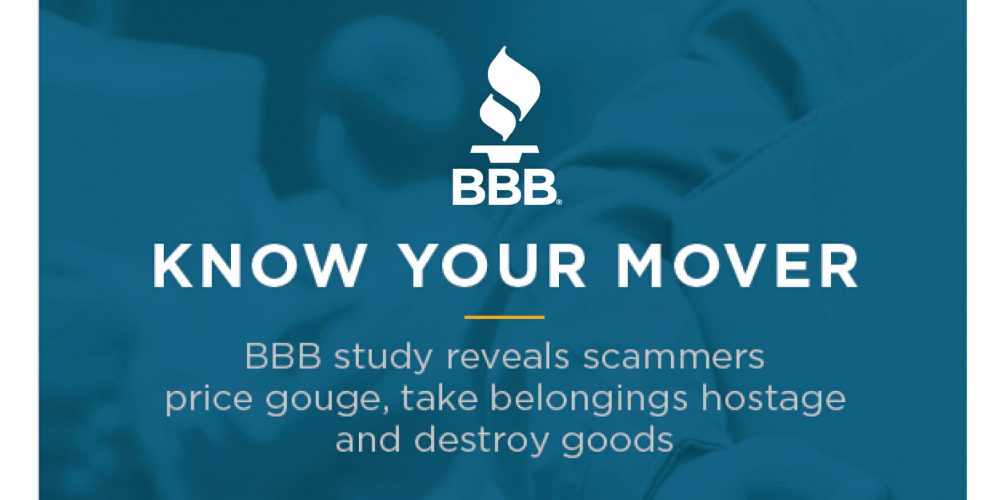 An in-depth investigative study by Better Business Bureau (BBB) finds that scams are widespread in the moving industry, particularly when it comes to interstate moves.

BBB receives an average of 13,000 complaints and negative reviews about movers each year, with many complaints describing how experiences with dishonest moving companies have turned into financial and emotional nightmares.

The investigative study — Know Your Mover: BBB Study Reveals Scammers Price Gouge, Taking Belongings Hostage and Destroy Goods — highlights the risk to consumers who do not do careful research before hiring a mover.

According to the study, a fraudulent moving company initially may be helpful on the phone and may have a well-designed website boasting of its many years of experience, well-trained workers, satisfied customers, and appropriate licensing. However, the red flags begin when the company claims to be unable to make an in-person inspection and estimate; while it may claim to be local, in reality, it is based out of state and paying for a local post office box address. An initial low-ball quote soon balloons as the company claims – often based on improper calculations – you have more belongings than originally estimated.

In addition, they may demand more money before loading and unloading the truck, and may not deliver your belongings until days or even weeks after you move in. In fact, the company you originally paid may not even be the company conducting your move – it may have hired local temporary workers who rented a truck, or it may have acted as a broker with another company.