What Does Recovery Look Like for the U.S. Real Estate Market?

Home / News & Insight / What Does Recovery Look Like for the U.S. Real Estate Market? 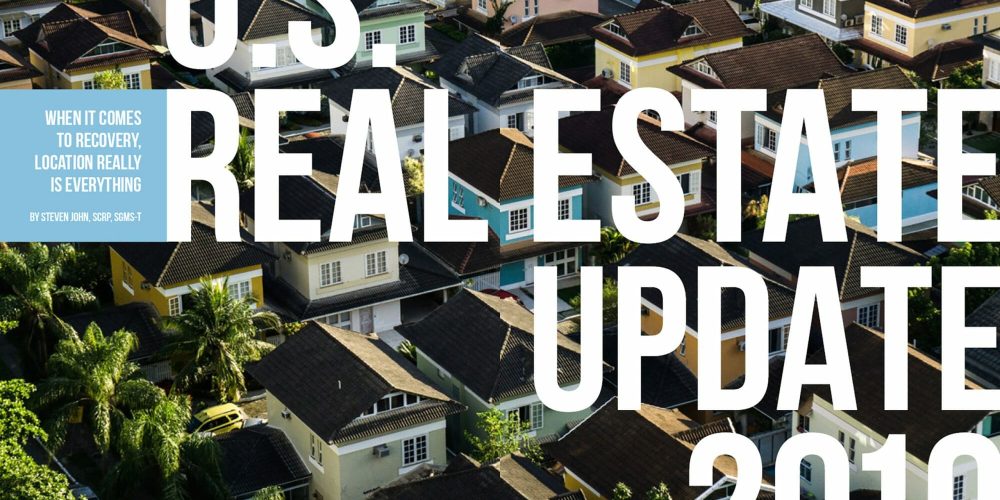 Steven John, CPA, SCRP, SGMS-T of HomeServices Relocation analyzes the numbers…and the markets in the latest issue of Mobility magazine.

The national housing market in the U.S. has recovered!

At least it has if you look at home prices at the national level. The S&P U.S. Case-Schiller index at March 2019 showed national home prices 11.7% over their 2006 peak. The Composite-20, Case-Shiller’s measure of the 20 largest metro areas, is 3.7% over 2006 peak: a clear recovery if we focus only on national averages.

However, an adage often repeated in the real estate industry is, “All markets are local,” or maybe, “There is no such thing as a national real estate market.” Like most sayings, there is much truth in the statement. Although it sometimes can be used as an excuse by agents for why a house is not selling despite a robust national picture, local markets can and do vary from the overall average for a variety of reasons.

Drilling down into the 20 individual metro area markets tracked in S&P’s Case-Schiller Composite-20 index, while 12 are over their 2006 peak or within just a few percentage points of it, the other eight markets are still well below. A homeowner who bought at or near the peak in one of these metro markets may still be underwater and will find it difficult to sell and relocate. Markets still below their 2006 peaks are listed in the table above.

Let’s look at how some of the larger metro markets have fared over the past decade.

Not only two of the warmest parts of the country, but measured by percentage price increase, the two hottest markets right now are Las Vegas, up 8.24% over the last 12 months, and Phoenix, up 6.06% in the same period (see chart, page 40). While hot now, these markets still have a way to go to reach the peaks attained in 2006. Phoenix remains 17% below the June 2006 high-water mark, and Las Vegas is almost 19% below its August 2006 apex. Just to prove the point that all markets are local: Within the Phoenix metro area, Central Phoenix is up only 1% over the last 12 months, more affluent Scottsdale is up 8%, and the growing area of Apache Junction is up 12% (Long Realty, “The Housing Report,” June 2019).