#ReloRant: The Sky IS NOT Falling!

Home / News & Insight / #ReloRant: The Sky IS NOT Falling! 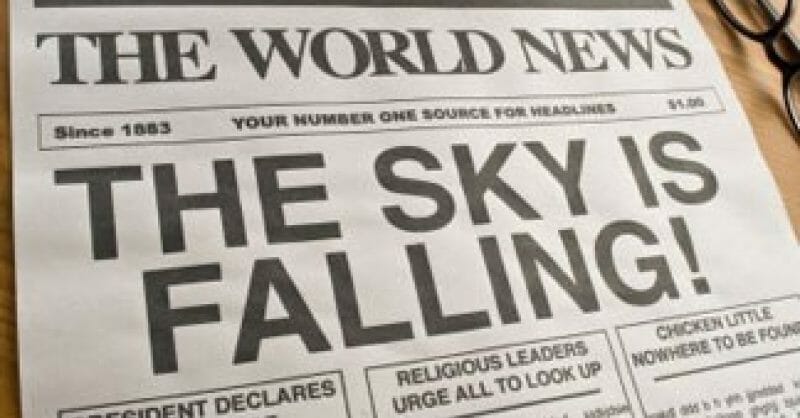 “If it bleeds it leads” is not just the mantra for the nightly news, but increasingly these days, for the financial news as well:

Our psyches are primed to direct our attention toward danger. Fear is a powerful motivator, honed by eons of Darwinian evolution. Those that ignored their fears, met with disaster. Like Chicken Little, however, our fears can often blind us to the facts, leading to panicked reactions resulting in outcomes even worse than our fears. It is prudent to be cautious, but with all things, the nation’s current financial situation bears careful scrutiny.

In its effort to combat inflation, the Federal Reserve has increased the Fed Funds rate four times so far in 2022. Increases through July have totaled 2.25%, bringing the target rate from zero to 2.25%, keeping the rate below the historical average of 4.61%. In the early 80’s the rate was as high as 20%. As expected, the most recent Fed rate increases have had an impact on mortgage interest rates. As of August 1, 2022, the average 30-year fixed rate is 2.5 points higher than the same time last year, running a little under 5.5%. Mortgage rates have already fallen by half a point since peaking in late June.

Let’s put mortgage rates in perspective. Historically, the sub 3% rate we experienced in 2021 has never been lower. At the current 5.5% rate, a 30-year mortgage is costlier than most of the last 10 years, but still a bargain compared to the forty years prior to that. In 2006, when annual existing home sales peaked at over 7 million units, a 30-year mortgage was over 6%. Regardless of mortgage rates, millions of homes are sold every year. Since 1995, at least 4 million existing homes have sold each year. As of July 2022, seasonally adjusted existing home sales equaled 5.1 million, down from 6.1 million units in calendar year 2021.

As relocation professionals, we must also take the employee’s perspective into account. Many homeowners took advantage of last year’s low rates to refinance. It is likely that the homeowner employee population for any organization is comprised of a significant percentage of borrowers with mortgage rates around 3%. For such an employee, the prospect of transferring to a new location entails the need for a new mortgage, at a higher rate. The payment on a $300,000 mortgage at 5.5% versus 3% is $625 per month, or $7,500 annually. For many households, the increase in monthly expense will be a roadblock to mobility. Despite economic head winds, the job market continues to be strong. As of July, there were twice as many jobs openings as unemployed people. For competitive hiring situations, employers may need to consider mortgage subsidies or buy-downs to defray the cost of higher mortgage rates as an additional enticement for recruits or transferees.

As a society, we’ve become “velocitized” by low mortgage rates. “Velocitization” is where drivers become unaware of their true speed as a result of prolonged travel at high speed. As such drivers enter reduced speed zones, they are often surprised by how slow their new speed feels. We’ve become inured to the benefits of cheap mortgages and now, as rates come back into a more normal range, it feels very strange. Get used to it, it’s just normal. 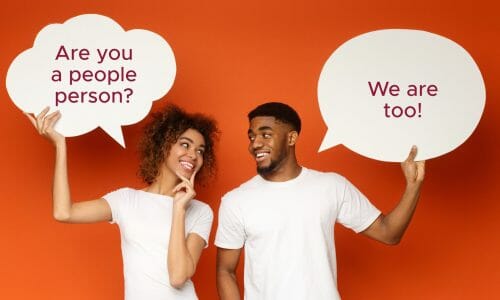 #ReloRant: Are you a People Person? We are too!

#ReloRant: Focus on the Mission 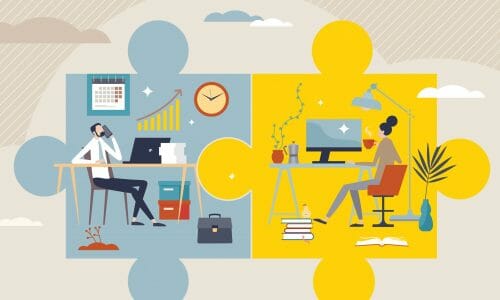